An Official Poem of the City of Denver

A celebration of the power of cities as bastions of diversity 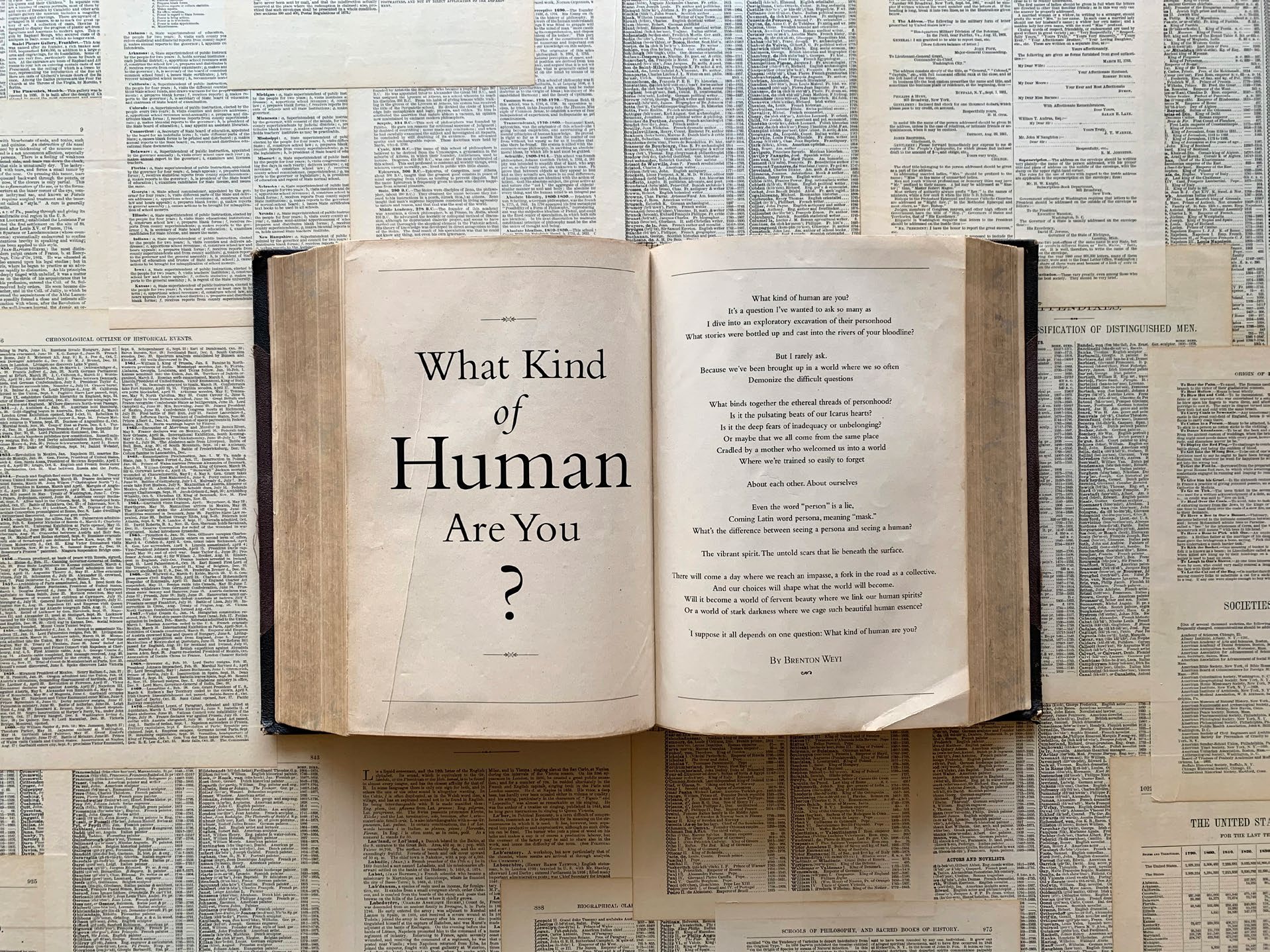 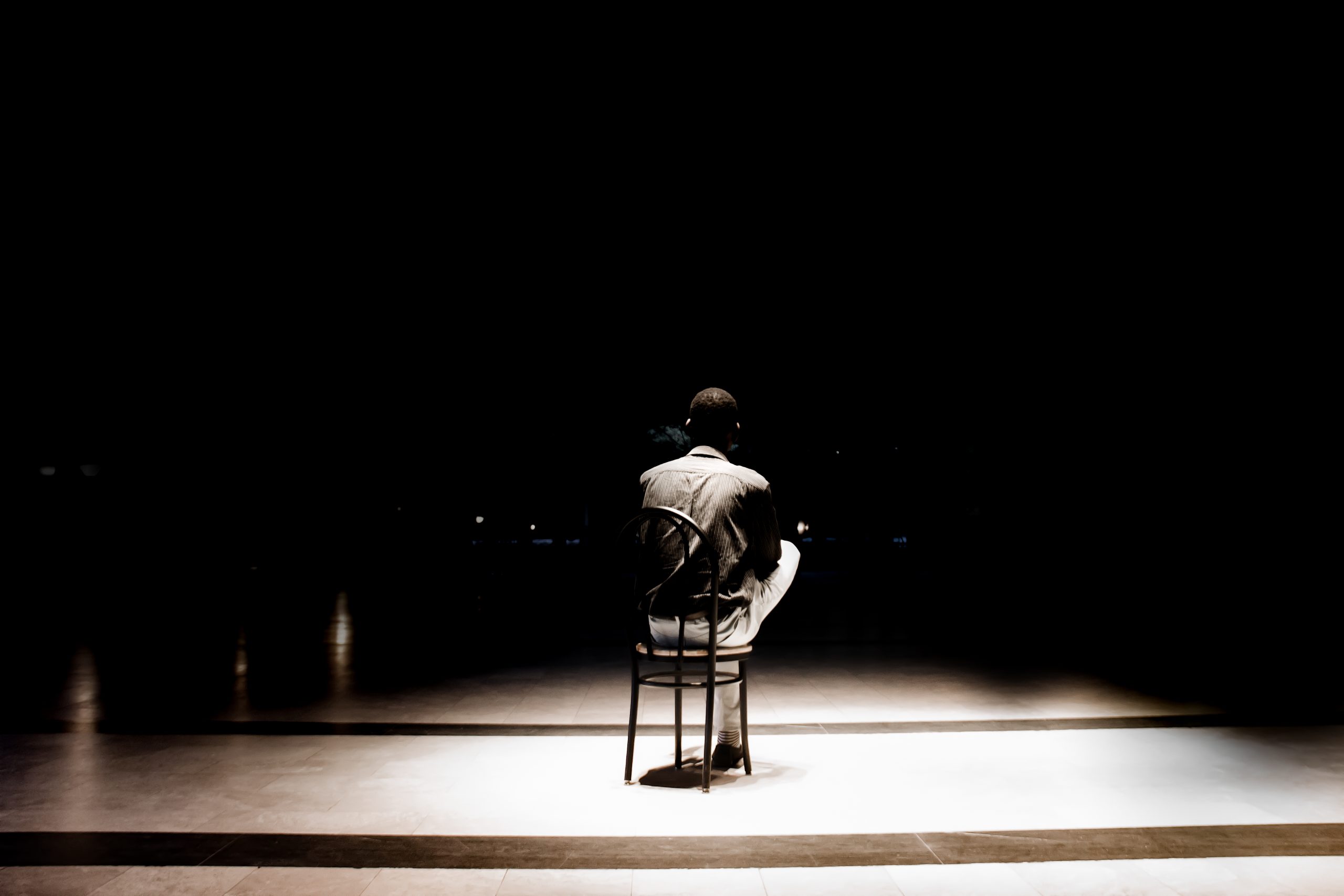 What Kind of Human Are You?

Words for Our Country

Words for Our Country +

Poems For Our Country

This was a collaboration between the art gallery Union Hall, my a cappella and storytelling group The Storytellers, 8 poets and visual artists from around the nation, and myself. The exhibit curated a collection of poems and tapestries to speak to how we could encourage connection and empathy in our country in a tumultuous year 2020. I wrote a poem for the collection (What Kind of Human Are You?) that was featured among a series of crowdsourced words of intention for the year. The gallery also had an exhibit of mosaics from the eight artists which culminated in a performance from our group and a live reading of my poem amid the pieces.

A 2020 collaboration with the Denver Art Museum, Norman Rockwell Museum, and creatives from all over the West Coast. It was a reflection on the Norman Rockwell exhibit “Imagining Freedom,” and an inquiry into what freedom means in 2020. This event was a year in the making and had many components.

I conducted a panel with scholars, activists and art leaders to talk about building equity and also give the history of constitutional law and policing in the United States. It had a creative story swap called “The Other” where people from around the world shared a story where their worldview was changed, and we took those anonymous stories and swapped them between global participants. The event also had an improvisational spoken word/freestyle component that I do called Verses for Humanity, where people give various themes and topics on their mind and I collaborate with a pianist and turn them into rhymes and verses in real time.

There was also visual art, a gallery tour, a culinary cultural presentation, and then an ending with a performance from my a cappella group The Storytellers. One thing that we are known for is our ability to musically improvise. At the end, we had people share how the event affected them, and we turned it into a song in real time which I also added some rhymes into, and that is the selection of the video. This event represents my desire to deconstruct global issues from various mediums and to add context and nuance to our world. This is what I do in a lot of my work and why the event was aptly themed Re:Viewing.

Living history was a large scale multidisciplinary collaboration that I organized between the national classical music company Groupmuse, the Denver Museum of Nature and Science, the Denver Center for the Performing Arts, and myself. This “Massivemuse” multi-disciplinary concert explored through music and theatre how both human and natural history are constantly reshaped and celebrated the titanic contributions of several world figures of African descent.Taking place in the beautiful Botswana Diorama Hall as well as the Atrium of the museum, the first part of Living History featured a classical music performance of two Sonatas from 18th Century composer Chevalier de Saint-Georges — one of the most gifted virtuosos of African descent in history. The Chevalier was a contemporary of Mozart, but his riveting story has been largely forgotten. His story and music were accompanied by a special spoken word performance of his life story by Stephen Brackett of the music group Flobots. In the second part of the evening, I — along with a full cast and 7-piece musical ensemble — presented Act I of my new, unproduced musical ‘My Country, My Country,’ centering around the true story of Congolese independence and the Western-led Cold War assassination of one of the greatest politicians in African History: Patrice Lumumba. Finally, adding a unique experiential element, between acts members from the DMNS education department presented zoological and cultural artifacts for attendees to hold, touch and learn about — a rare opportunity most museum-goers don’t experience and we had audience members at to a massive visual timeline to mark periods in their own history that were meaningful to their own family story. It was a year in the making, but incredibly successful. It’s a great representation of my work because it was incredibly interdisciplinary, I was able to incorporate audience stories into the performances, and it also represents how I try to infuse wild imagination and the highlighting of forgotten stories and narratives in all of the work that I do. This was one of the most meaningful events of my career.

“Water can flow and it can crash.” – Bruce Lee

It is the liquid of life. One of the purest and most powerful forces ever created. When it wants to be, it can be a harbinger of danger and destruction.

But at its essence, the phenomenon of water is one of balance. And here is why everyone should emulate this powerful element.

From engaging in osmosis within your body, to flowing through lakes, streams, rivers, and eventually to the ocean, water is constantly moving – and it does so with definite purpose. It knows where its headed, and it lets nothing be an obstacle.

It’s completely balanced in this determined movement. Sometimes, you’ll see it softly passing you by in continuous consistency. Other times, you’ll hear it raging by with the roar heard in a veld as it surges through any surface in its path. And every so often, you’ll see it bring its greatest brute force. Force in the form of heavenly walls that rival that of Troy and could level any city without a moment’s notice. Force in the form of torrential storms that could transform any street to a dense wetland.

However it chooses to get there, water will get there, any time, every time – without fail.

If you put water in a frigid environment, it will freeze and become ice – completely blending in to its frosted surroundings. If you tell it to become air, it will turn into vapor and suspend itself above the earth in the form of majestic clouds.

We have made vast discoveries about the human body, about the trees and plants that traverse our lands, and even about the space that surrounds our Earth, solar system, and galaxy. And yet, we understand so little about our cosmic oceans.

We only have a literal surface understanding of the oddities that reside in the depths of the Earth’s waters. We are constantly discovering further species and sub-species, with no visible end in sight.

Water is the perfect representation of the difficulty and worthiness of knowing the self. It’s contained in environments where we see it constantly, yet there is infinite depth to explore. There are constantly changing landscapes and moods within which it is contained. It is always slowly revealing itself in its deft and sometimes dangerous forms.

In small units, water appears clear. In larger quantities, it reveals itself in the most pristine shades of blue. When it takes the form of snow flakes, it’s wondrous lattice structures are unique and singularly breathtaking – never being duplicated.

Its ice can be crafted into masterful sculptures. Its likeness has been etched into the ages in the form of paintings by masters like Hokusai. Its peace has been shared in calm moments of tranquil contemplation by thinkers, writers and creators throughout the ages. The rosy tips of sunlight reflecting off of the ocean’s ceiling has mesmerized members of the human race since our inception.

We’ve listened to it drip outside of our dwellings and have smelled its sweet odor slowly sift through the air.

Place a drop of water on a flat surface, and it will remain there – still – until disturbed by another force or escaping into evaporation as it continues its ever-flowing cycle.

It is one of the only chemical substances that is naturally neutral. It can combine with nearly any other substance and make itself a vessel for new physical unions.

In moderation, it is cure. It excess, it is poison. No matter how many times you strike it, it cannot be injured, cannot be wounded. It holds its own identity, its own form, and simultaneously contains your image and the image of all worldly objects that dare to hold its gaze. It retains a soft hardness and a hard softness amid all of the magnanimous wonders that reside in its presence.

Make yourself like water, and you too will be complete.

I co-hosted a workshop salon and performance with my longtime friend on the neuroscience/practice of freestyle rap and improvisation on Interintellect. Interintellect is dedicated to hosting the most interesting conversations on the internet across disciplines and nations.

The world in the next few decades will look vastly — almost immeasurably — different from today. As we transition into a more complex world, we’ll need a broader intersection of knowledge, skills and abilities. More professionals will require lateral thinking and a breadth of experience. So how do we cultivate a sense of mental flexibility? Freestyle rap and other forms of improvisation activate the medial prefrontal cortex, which is designed for building associative context between concepts, time and memories, Improvisation also turns off the dorsolateral prefrontal cortex, which is designed for limited attention and judgment (even toward the self).

So how can we build a world with more flexible, creative and imaginative thinkers who will be more equipped to solve the problems of tomorrow?

To answer this question, we led a group of neuroscientists, technologists, researchers and writers in some exercises around improvisation and freestyle, sharing research on its cognitive impacts and then going into a salon format about how improvisational thinking can help us meet the challenges of an ever-complex future. Several people called it “The best Zoom they’ve ever experienced.”

This is an excerpt from a journal that I curate called Tilt West, which was started by a woman at the Met. This edition, featuring contributions from artists all around the West, examined the theme of what it means to build a community amidst a pandemic and an inflection point of inequality. I wrote the editors note to the publication, which explains the intention that I and my co-curators had in bringing this collection of creative’s together and reflecting on piecing together a disjointed world. You can read it by clicking the button

Footsteps. A Poem for the Spring Institute

Spring Institute for Intercultural Learning is a nationally recognized  nonprofit, community-based organization working to build brighter futures for individuals and foster more inclusive organizations. They focus on empowering immigrants and refugees to find resource and community while settling in the US.

The Earth is a mother.

She has rough, jagged parts of her body

that she sometimes shies away from,

but is learning to proudly display.

Her figure is round,

with lush curves that make

waves among her celestial observers.

Her tempers flare and her love shields.

But ultimately, her greatest pride is her children.

She loves to watch them grow and flourish into the best flowers and marlins and humans they can be.

And she only hopes,

in the quiet, reflective hours of the moon’s glow,

that her children will care for her in her old age —

when she no longer has strength to fight for herself.